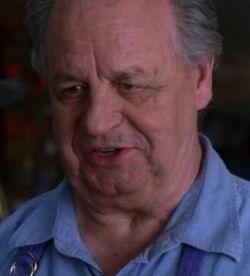 Addison is Susan's real father, he works at a feed supply store in town. He is discovered to be Susan's father when Sophie finally tells Susan the truth that her father is not a war hero. He has a heart attack when Susan informs him that she is his daughter, and while in the hospital he asks her to leave because he does not want his wife to know since he has cheated on her many times. Later, his wife finds out about them and Addison tells Susan they'll have more time to bond after he's sorted out his marriage.

Retrieved from "https://desperatehousewives.fandom.com/wiki/Addison_Prudy?oldid=86306"
Community content is available under CC-BY-SA unless otherwise noted.