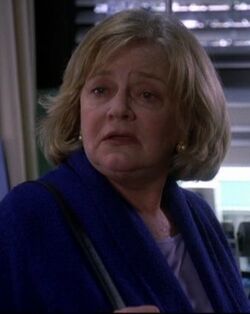 Carol met a man named Addison Prudy and they were married. One year into their marriage, Addison has an affair with a woman who worked at his store named Sophie Bremmer. Addison gave Sophie a big check to leave and never return. Carol and Addison later have a few kids and Addison continues his affairs which Carol knows about but does nothing.

Susan Mayer comes looking for her father and when she tells him who she is, he has a heart attack. Carol goes to the hospital to see her husband. Susan covers up for Addison by saying she saw him in the store passed out. Carol believes Susan's story and stays to confort Addison. ("That's Good, That's Bad")

When Addison calls Susan to bail him out of jail for having sex with a hooker, Carol see's Susan drop Addison off at home and she writes down Susan's license plate number. Susan goes outside to get her paper the next day and see's "Whore" spray painted across her garage door. Edie Britt, Susan's rival see's this and just laughs. Later on at the super market, Carol runs into Susan and starts throwing her groceries at Susan. Susan confesses to who she really is. Carol is sadden by this because Susan was born a year after she married Addison which means the affairs have been going on since they were first married. Carol apoligizes to Susan and tells her to watch out for Addison because he can break her heart real easily. ("Coming Home")

Retrieved from "https://desperatehousewives.fandom.com/wiki/Carol_Prudy?oldid=78207"
Community content is available under CC-BY-SA unless otherwise noted.