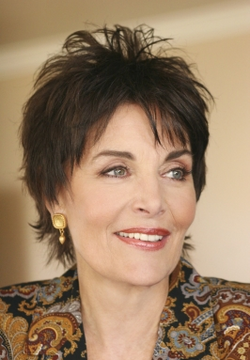 Francine is seen later at an 'engagement party' George claimed his mother organized out of the blue. She offends Bree with a comment that as she is over 40 she should have a baby quickly as "after 40 the eggs don't get any fresher". She is not seen again.

Retrieved from "https://desperatehousewives.fandom.com/wiki/Francine_Williams?oldid=86895"
Community content is available under CC-BY-SA unless otherwise noted.