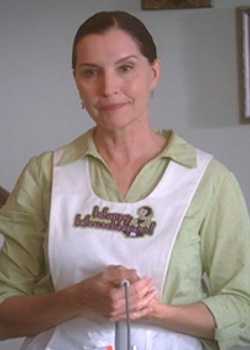 Ivana was the Romanian maid of Gabrielle Solis, who helped her whilst she was home schooling Juanita. Ivana holds a PhD in Engineering from the University of Bucharest however this meant nothing in the American job market, so she was forced to work for low pay as a house maid. Ivana helped Juanita with her fractions work whilst Gabrielle was out. Ivana's family fled Romania for an unknown reason. Carlos informed Ivana's agency that she was a bad housekeeper, resulting in the termination of her job at the Solis' and almost getting her fired from the agency.

Retrieved from "https://desperatehousewives.fandom.com/wiki/Ivana?oldid=72093"
Community content is available under CC-BY-SA unless otherwise noted.