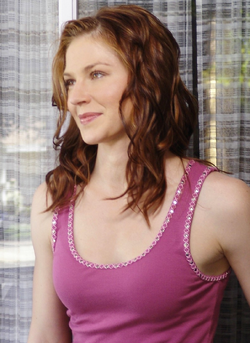 The sister of Deirdre Taylor, and the daughter of Noah Taylor. Kendra first appeared in the episode "Anything You Can Do", where she came to check up on Mike’s investigation and the progress of his work, making Susan and Edie think she was an ex-girlfriend in the act. Susan expected to come into conflict with Kendra over Mike, but it never happened. Edie would have been rooting for Susan, as she thought it would be easier to steal Mike from her than from the glamorous Kendra. After settling in at Mike’s place, Kendra made it very clear that she cared for Noah’s inheritance money, and only herself when she told Mike to stop looking for her own sister.

Retrieved from "https://desperatehousewives.fandom.com/wiki/Kendra_Taylor?oldid=85200"
Community content is available under CC-BY-SA unless otherwise noted.