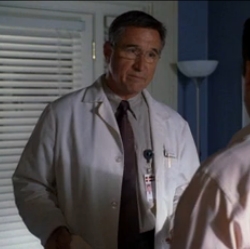 Dr. Craig was a friend of Rex's, as well as his doctor. He informed Rex that Bree was probably the one to poison him. He was the one who informed Bree of Rex’s death. He informed Detective Barton of the likely chance that Bree murdered Rex. He appeared in season three as Mike’s doctor. He told Susan that Mike will probably not wake up from his coma. He is proved wrong when Mike does wake up. He tells Edie that he has lost his memory of the past two years. He is the nephew of Ida Greenberg.

Retrieved from "https://desperatehousewives.fandom.com/wiki/Lee_Craig?oldid=88518"
Community content is available under CC-BY-SA unless otherwise noted.