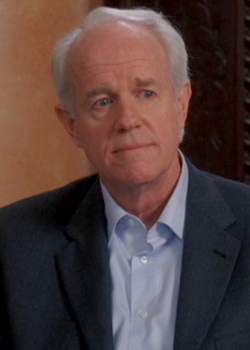 At a dinner with Victor and Gabrielle before their wedding. He told Gabby that Victor was planning to run for governor which displeased Gaby because she was sick of campaigning. After the wedding, Gaby overheard Milton and Victor talking about her. Milton told Victor her was very pleased the two had wed because she would bring in the Latino vote. ("Getting Married Today")

When Gaby left Victor a message on his answering machine telling him that she was leaving him for Carlos, Milton got to it first and deleted it. He then went to Gaby and told her the only reason Victor was more interested in his work than her is because Milton had always brought him up to try and do better in his work. He offered her money to stay with Victor because a divorce would make Victor look bad while running for governor. Gaby accepted the offer and stayed with Victor until Edie Britt told him of the affair between Gaby and Carlos. ("Now I Know, Don't Be Scared")

At Victor's funeral, Milton told Gaby that all of Victor's money was in his name and that if Gaby didn't walk out of the funeral, then he would tell everyone of the affair Gaby had with Carlos and their attempted murder. ("Welcome to Kanagawa")

Retrieved from "https://desperatehousewives.fandom.com/wiki/Milton_Lang?oldid=87974"
Community content is available under CC-BY-SA unless otherwise noted.