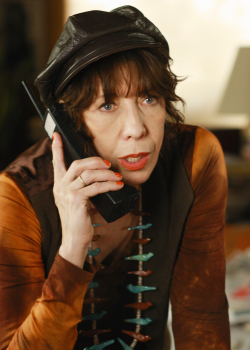 She is often seen with a cigarette in her hand and despite her "age", she is a voracious smoker. Roberta and Karen worked together in Season Five to find out what Dave Williams was up to, and what he was hiding. Roberta soon grew tired of all the dead ends her and Karen were coming to and decided to return home much to Karen's dismay. Roberta later reappeared in the season finale where she and Karen broke into Dave's house. They were caught by the police but told them everything they knew about Dave. They then learned that Dave's real name is Dave Dash and they soon realised that he was trying to seek revenge on Susan and Mike for killing his wife and daughter in a road accident.

Retrieved from "https://desperatehousewives.fandom.com/wiki/Roberta_Simonds?oldid=90099"
Community content is available under CC-BY-SA unless otherwise noted.