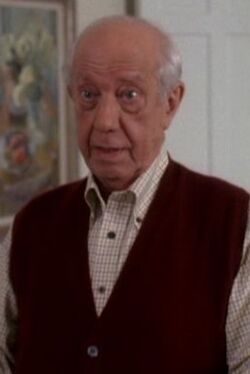 Rupert first found himself accidentally flashed by Susan Mayer (who mistook him for Ian) after she stayed the night at Ian's house. He was asked to find a drawer for Susan's things but purposefully put it off. Susan tried to befriend him, but he refused, when she confronted him about it, he offered her a room filled with old junk and had a funny smell because the cat passed away in it. Susan asked him if he hated her that much, and he revealed that he was saw her as more of Ian's misstress than his girlfriend as he was still married to his master Jane, to whom he was still very loyal to, despite the coma.

Retrieved from "https://desperatehousewives.fandom.com/wiki/Rupert_Cavanaugh?oldid=84448"
Community content is available under CC-BY-SA unless otherwise noted.