watch 02:03
Wiki Targeted (Entertainment)
Do you like this video?
Play Sound

"Listen to the Rain on the Roof"

"Not everything comes out in the wash."
"Time to come clean."

*Only appears in new footage shown in the "Previously on..." segment in "My Husband, the Pig".

**Receives the "with" credit in the episodes that don't feature the full credits sequence.

*Credited as a regular through "My Husband, the Pig".

Listen to the Rain on the Roof 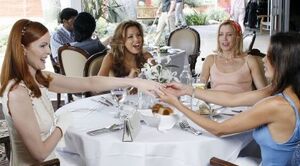 See main article: "Listen to the Rain on the Roof"

Plot Synopsis: Rain is falling on Wisteria Lane when we catch up with the ladies six months later. A baby on the way and her marriage on the rocks, Gabrielle finds herself with more than she can handle; Lynette tries to embrace her newly extended family, and Orson's mysterious past begins to unfold. 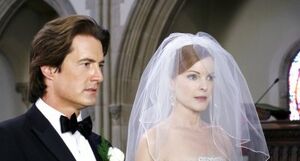 Plot Synopsis: Susan and Ian have their first official date while their respective lovers remain in comas, and Xaio-Mei, the surrogate mother of Gaby and Carlos' baby, delivers the long awaited bundle of joy.

A Weekend in the Country 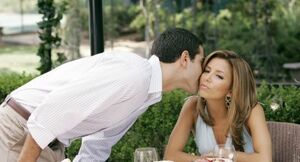 See main article: "A Weekend in the Country"

Plot Synopsis: Gabrielle spends the weekend at a resort where she meets up with John Rowland and later learns that he is engaged. Meanwhile Bree cancels her honeymoon plans to look for Andrew after seeing a news reporter interview him on television. Susan and Ian decide to go away for a weekend in the country. Nora continues to force her way into Tom and Lynette's life. When the power goes off at her house, Julie asks Austin for help. 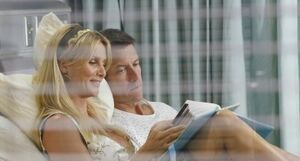 Plot Synopsis: Susan receives some surprising news while she's away on a romantic weekend with Ian, Lynette continues to try and support the family while Tom chases his dreams, and Bree finds her family is anything but perfect. 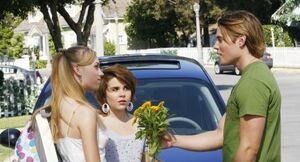 Plot Synopsis: The divorce between Gaby and Carlos reaches new levels of bitterness, Lynette becomes the co-owner of a new business venture, and Susan struggles with her love for two men.

Sweetheart, I Have to Confess 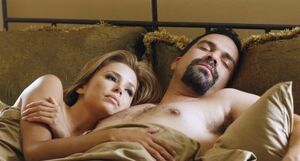 See main article: "Sweetheart, I Have to Confess"

Plot Synopsis: Susan professes her love for Ian while Gaby and Carlos try to rekindle their love, and Bree is confronted with Orson's past. 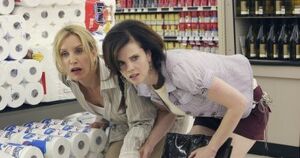 Plot Synopsis: Everyone's lives on Wisteria Lane are forever changed when a hostage situation occurs at a local supermarket. 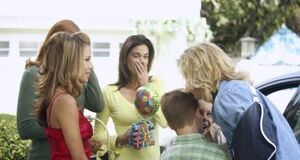 Plot Synopsis: Gabrielle decides to get back into the world of modeling, Lynette is suspicious of her new neighbor and Bree meets her antagonistic mother-in-law. 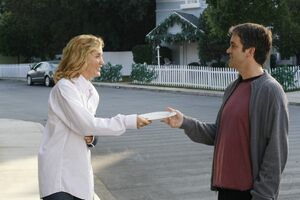 Plot Synopsis: Susan and Ian's relationship goes to the next level, Gabrielle takes a shot at training potential young beauty queens, and Lynette is intrigued by a new neighbor. 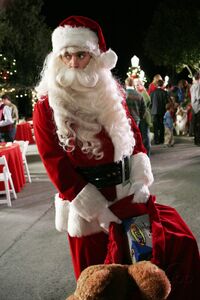 Plot Synopsis: Susan and Ian's relationship goes to the next level, Gabrielle has a new love interest, and the residents of Wisteria Lane celebrate their annual holiday block party.

No Fits, No Fights, No Feuds 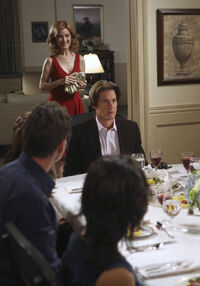 See main article: "No Fits, No Fights, No Feuds"

Plot Synopsis: Gaby accuses Carlos of sabatoging her new relationship, Tom and Lynette try to make Kayla feel like part of the family, and the residents of Wisteria Lane are shocked by Bree's dinner guest.

Not While I'm Around 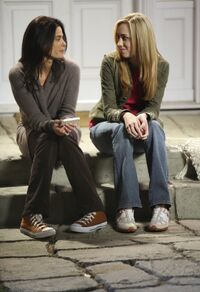 See main article: "Not While I'm Around" 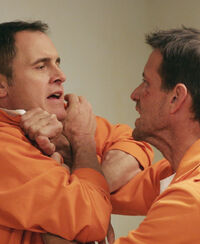 Plot Synopsis: Lynette and Tom struggle to overcome challenges as Pizzeria Scavo prepares for its grand opening, Gaby can't seem to get away from her secret admirer, and the new neighbor on Wisteria Lane reveals a devious plan. 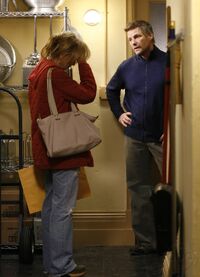 See main article: "I Remember That"

Plot Synopsis: Mike Delfino remembers scenes from his past, problems at Scavo's Pizzeria cause conflict in Lynette and Tom's relationship, and Orson reveals his hidden past to Bree.

The Little Things You Do Together 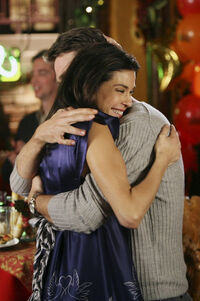 See main article: "The Little Things You Do Together"

Plot Synopsis: All of Wisteria Lane gathers at Pizzeria Scavo for the grand opening event, a resident meets an untimely fate, and surprise marriage proposals are in the air

My Husband, the Pig 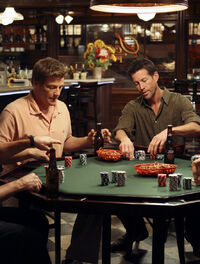 Plot Synopsis: Rex Van de Kamp takes over the role as narrator of the goings on at Wisteria Lane, observing things from a male perspective, Edie gets a visit from an unexpected someone from her past, and an unanticipated pregnancy creates complications. 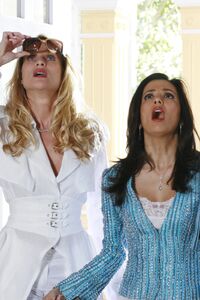 Plot Synopsis: Susan discovers some revealing secrets about her future in-laws, Gaby has a devastating catastrophe at her home, and an unexpected love affair develops. 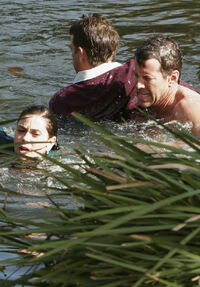 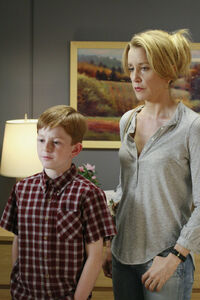 Plot Synopsis: Susan calls off a wedding, Gaby decides to move forward with a wedding, and a Wisteria Lane resident is suspected of murder. 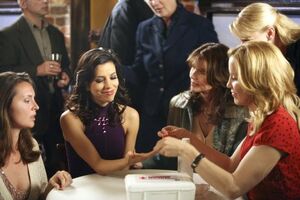 Plot Synopsis: Gaby's engagement party is the background for an unexpected announcement, the neighborhood is full of gossip about the dead body found in a Wisteria Lane home, and Susan decides between Ian and Mike. 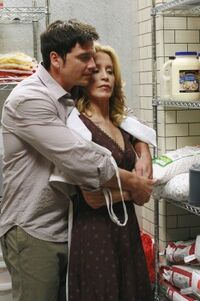 See main article: "Into the Woods"

Plot Synopsis: Susan gets lost in the woods trying to find Mike, Gaby winds up in jail, and Lynette realizes she loves another man.

What Would We Do Without You? 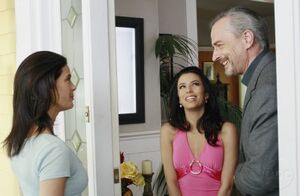 See main article: "What Would We Do Without You?"

Plot Synopsis: A Desperate Housewife faces a potentially fatal health scare and a long awaited marriage proposal keeps the residents of Wisteria Lane full of things to discuss with their neighbors. 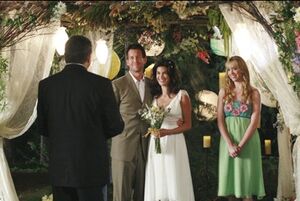 Plot Synopsis: A double wedding for two Desperate Housewives, Bree and Orson Hodge return to Wisteria Lane, and Lynette's estranged mother shows up on her doorstep.

Retrieved from "https://desperatehousewives.fandom.com/wiki/Season_3?oldid=89012"
Community content is available under CC-BY-SA unless otherwise noted.