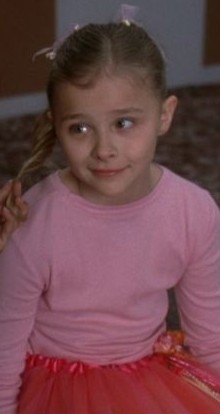 Sherri Maltby was a beauty pageant contestant who was taught by Gabrielle at Vern's pageanting school. She was the best friend of Amy Pearce.

Sherri was first introduced in season 3 in "The Miracle Song" as one of Gaby's pageanting pupils. Gaby saw her as being the only girl with true potential. When Gaby wanted to win over Bill Pearce, she found out that his daughter, Amy Pearce, had a plan to get her father married with Sherri's mom, and then the two best friends would become real sisters. Gabrielle then told Sherri that she would be performing with her best friend, Amy, Sherri didn't want this as she thought it would mean making a fool of herself, clearly revealing that she cared more about winning and herself a lot more than her best friend. Since Gabrielle had already told Amy the "good news", it was up to Sherri to break the bad news that the two wouldn't be performing together if Sherri were to be winning. The two were no-longer best friends and Gaby's plan to split them up had worked meaning Bill was now up for grabs.

She later appeared in "Come Play Wiz Me" and was shown winning the beauty pageant. We then find out that she won due to the fact that Zach Young bribed the judges in her favor in order to win over Gabrielle's affecttion.

Retrieved from "https://desperatehousewives.fandom.com/wiki/Sherri_Maltby?oldid=86582"
Community content is available under CC-BY-SA unless otherwise noted.